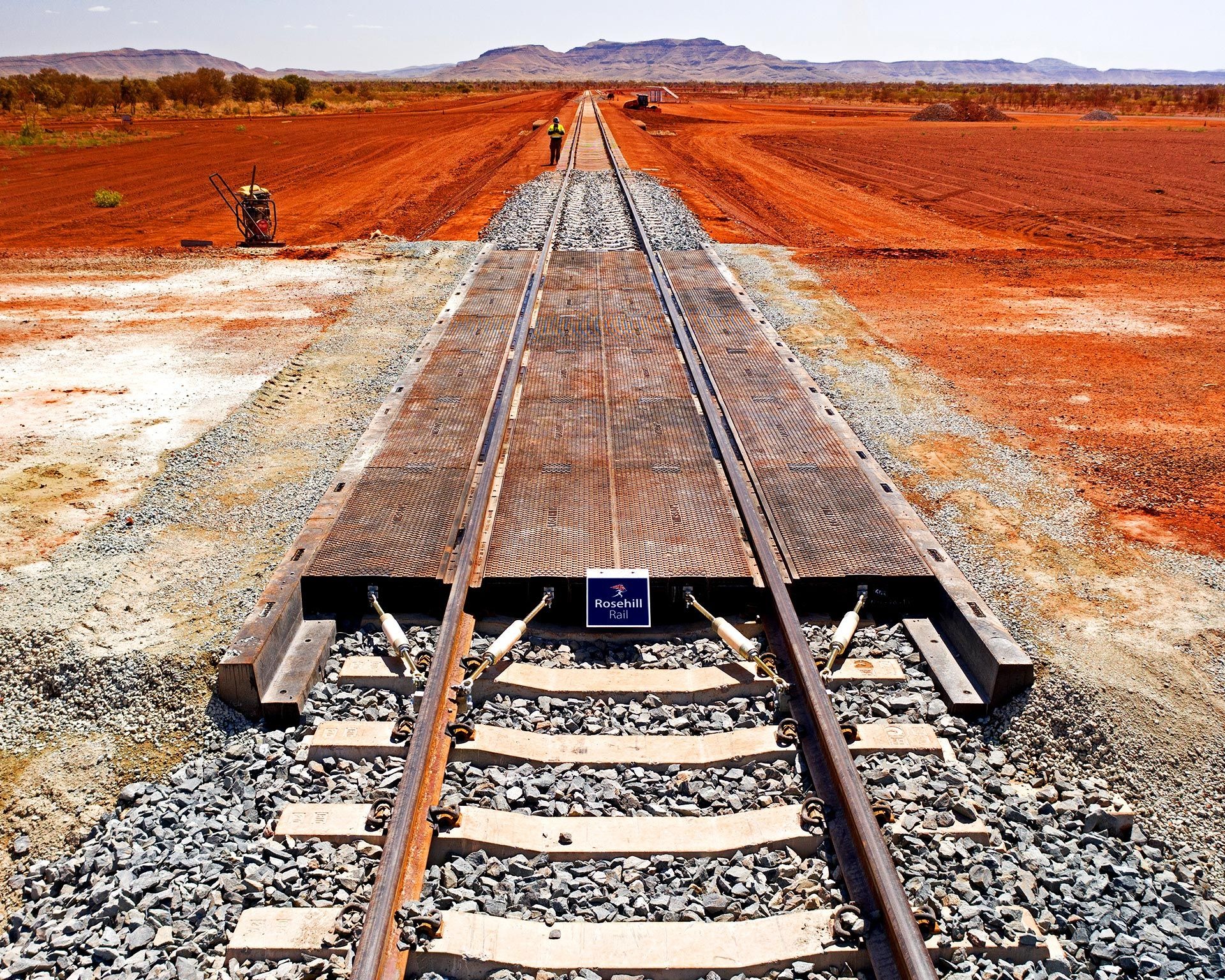 What’s the best way to transport thousands of tonnes of iron ore safely over a rail line every single day? That was the question asked by the Rio Tinto mining company when constructing the new Koodaideri iron ore mine in Western Australia.

The Koodaideri mine is expected to produce 43 million tonnes of iron ore each year once fully operational. To transport the freshly mined ore for processing, Rio Tinto has built a 166-kilometer rail line connecting the mine to their existing network. The new track will be crossed daily by dozens of fully loaded road trains and other heavy mining vehicles, and their massive weight cannot risk causing damage to the crossing and endangering the rails.

The location of the mine, in the remote and inhospitable Pilbara region, necessitated a system which could be easily transported and assembled on site, and then withstand some of the hottest temperatures on earth along with constant traffic from some of the world’s heaviest vehicles. Rio Tinto approached Rosehill Rail for a solution, and the answer was TITAN.

TITAN is a heavy-duty modular system manufactured in the UK from recycled tyre rubber. Rosehill’s exclusive cold cure moulding process allows the production of panels with surface deflection equal to rubber but with the strength of steel, offering a genuine and sustainable alternative to concrete that won’t crack, crumble or spall.

The crossing can be quickly assembled on site, with panels manoeuvred into place using Rosehill Lifting Pins. The panels are then connected with horizontal fixings secured from above using the innovative LINK connector.

Thanks to Rio Tinto, John Holland, and Ross Kiesey from Key Source Rail.